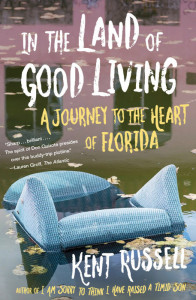 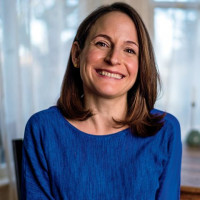 One of my favorite books of 2020, a year devoid of much else in the way of favorites, was Kent Russell's In the Land of Good Living: A Journey to the Heart of Florida. We had Kent on the show last August, for the hardcover release, interviewed by another of Mr. Jones's favorite writers, Karen Russell. Kent and Karen are brother and sister, native Floridians born and raised in Miami, and both preternaturally talented! If they ever bottle that Russell family DNA, I'll be first in line.

In the Land of Good Living recounts Kent's walk, along with two friends, across the entire state of Florida from the Panhandle to the Keys, just before the 2016 election, with the intent of filming a documentary of their adventures. Kent shares his discoveries in a series of often funny, moving, and always entertaining stories about the people he meets and the places he visits. Love it or hate it, or a little of both, Florida is endlessly fascinating, and Kent is a wonderful guide.

If you missed out on Kent's book last year, it's back in a very convenient and modestly priced paperback edition from Vintage. Which is reason enough to replay the episode. I had the great joy of talking with Karen previously for Mr. Jones's Neighborhood and Between the Covers, and loved listening to her conversation with Kent about the new book and the state of Florida. I think you'll feel the same!

Update Required To play the media you will need to either update your browser to a recent version or update your Flash plugin.
Download audio file
Topic tags:
Arts/Culture, Fiction, History, Humor, Family
Genre(s):
Arts and Culture