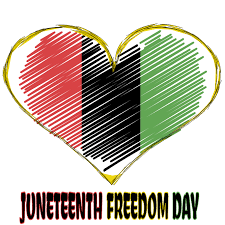 Patricia Kullberg hosts this episode of the Old Mole, which includes the following segments:

Juneteenth: Sarah Chivers speaks with Karen Morrison, a Black leader and educator in Vancouver with the non-profit "Odyssey World International Education Services." She is coordinating with the City of Vancouver to host an event on Juneteenth (June 17th, 1-7pm at Esther Short Park in Vancouver, Washington). Juneteenth is a federal holiday which celebrates the liberation of the last African American slaves in Texas by American soldiers in June of 1865. The event centers around the themes of freedom to have creative expression, achieve financial stability, access healthcare, acquire an education, participate in civic engagement, and celebrate heritages. The event is a multiracial and multiethnic with art, music, food vendors, and will also involve community outreach with Black Clark County residents to document the significant impact of covid on community. For more on the event visit: https://www.juneteenthfreedomcelebration.com/

Conflict, Democracy and Global Warming, Part Two: The dangers of human extinction have greatly increased over the last year. For one the Ukrainian struggle has intensified, with both sides threatening to use “battlefield” nukes. Second tensions between the U.S. and China have intensified with China militantly insisting on its right to govern its historic territory including Hong Kong and Taiwan and the U.S. promising to defend Taiwan. While the U.S. claims the right to dominate the Americas and replace governments it finds objectionable, it denies that right to Russia and China to dominate their historic territory. China a rising power deeply resents and will not accept these U.S. claims to global supremacy. Finally these struggles have diverted attention and resources from global roasting that climate scientists warn is leading to an uninhabitably hot climate. Still there are grounds for hope. In part two of an interview about democracy, conflict and global warming, Bill Resnick speaks with Bill Smaldone, a Willamette University historian. Smaldone is the author of Confronting Hitler and European Socialism, a Concise History with Documents. You can listen to Part 1 of the interview here.

Pride and Education: Rightwing attacks on progressive educators have reached a fever pitch across the country, from banning books to censoring instructional materials that address injustices. Teachers have organized to defend critical inquiry in the classroom, however, including through the Teach Truth Days of Action through Zinn Education Project (ZEP) and Rethinking Schools. In celebration of Gay Pride Month, Jan Haaken talks with Tiferet Ani (she/they) about bringing social justice to the classroom and how they collaborated with students and teachers to create an LGBTQ+ Studies elective for high school. Tiferet Ani is a curriculum developer and teacher educator in Maryland, devoted to un-erasing and teaching the intersectional stories of resistance students need.

Smelter Wars, Part Three: Smelter Wars by Ron Verzuh is a deeply researched account of a militant union at one of the world’s largest smelter complexes, in Trail, British Columbia. The story Verzuh tells covers decades, from management’s efforts to prevent unionization, up to successful organizing, followed by red-baiting and success in fending off fraternal raids. Life in Trail, gender issues and the union’s use of culture are all part of the account, with an appearance by Paul Robeson and the specter of cross-border McCarthyism. As part of our regular feature, Another World is Possible, Norm Diamond continues his conversation with the author, touching on the role unions might play in social transformation. Follow the links to hear Part One and Part Two of the interview.