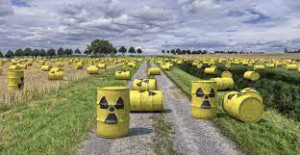 Sharon Grant hosts this episode of the Old Mole, which includes the following segments:

City Charter: The Portland Charter Commission — responsible to evaluate and make recommendations for changes in the structures and operations of Portland city government — has developed ambitious, wide ranging, and sometimes radical proposals that will be approved or disapproved in the November election. The package is under considerable attack by conservative interests. Bill Resnick interviews Gloria Cruz, one of the Commissioners on the proposals, the attacks, and the counterattacks.

Nukes, Energy and War: Hiroshima Day commemorates August 6 1945, the day when the US dropped an atomic bomb  on the Japanese city of Hiroshima, followed a few days later by dropping another atomic bomb on the city of Nagasaki. Jan Haaken talks with long-time anti-nuclear activist Norman Solomon about an occupation of the Trojan nuclear power plant in early August 1977 in memory of Hiroshima and Nagasaki. They discuss historical and current links between the nuclear power industry and the military and current campaigns for nuclear disarmament. Solomon is co-founder and national director of RootsAction and the author of a dozen books, including War Made Easy: How Presidents and Pundits Keep Spinning Us to Death.

Nukes and Environmental Justice: Environmental racism in the nuclear sector began with the destructive harnessing of nuclear energy during World War II and continues to this day. Patricia Kullberg brings together multiple perspectives on the devastating impact of nuclear proliferation and waste on communities of color, including readings from Michelle Chen, The Radioactive Racism Behind Nuclear Energy, published in Colorlines and A Call for Anti-Racist Action and Accountability, published in The Bulletin of Atomic Scientists, by Katlyn Turner, Lauren Borja, Denia Djokić, Madicken Munk, and Aditi Verma. Also featured is an audio clip from Hoodwinked in the Hothouse on nuclear waste and environmental injustice. The segment concludes with audio produced by Columbia Riverkeeper entitled Hanford: A Race Against Time, and narrated by Dan Serres.