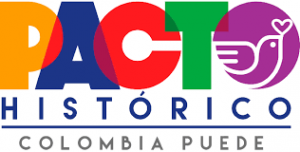 Norm Diamond hosts this episode of the Old Mole which includes the following segments:

The New Pink Tide in Latin America: What is it? What can it hope to accomplish? For Another World Is Possible, Norm Diamond interviews Alex Diamond, a sociology grad student at UT, who’s been living in and writing about Colombia for six years. They discuss the significance of the left electoral victory, what made it possible, and the obstacles it faces, as well as the U.S. response. Music for today’s program is the campaign jingle of the victorious “historic pact."

Sex Ed: Jan Haaken interviews Mole Sharon Grant and her former colleague Judy McFarland. As retired sex educators in Multnomah County middle and high schools for 20 years, they reflect on what it was like, the continued need for comprehensive sex ed in school, particularly given the pandemic and the changes in social interactions that come with it for young people. They will also discuss the current backlash against sex ed in school and why it isn't helpful to students or their families.

Inflation Reduction Act: Biden’s Inflation Reduction Act— it should be called the Climate Action Act— has been characterized by reputable folks as transformative, which is not an exaggeration. But transformative to what? Will it be corporate America’s vison of the clean energy future, with continuing corporate domination of the economy and politics and ongoing ransacking of the planet for profits, even if powered by sun and wind energy? Or will it be a transformation to the left’s vision of a more democratic and sustainable world? Bill Resnick interviews Howie Hawkins, the Green Party’s candidate for President in 2020, who got overwhelmed by the need to vote lesser evil. But in developing the Green Party platform over many years, he became an energy wonk that most of the left, including most in the Democratic Party, have come to support.