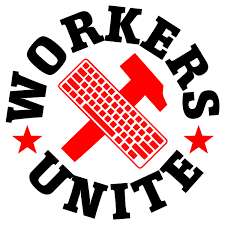 Jon Nelson hosts this Labor Day episode of the Old Mole, which includes the following segments:

Putting the Movement Back into the Labor Movement: The rapid, spectacular, entirely unexpected, self-organizing of workers at Amazon, Starbucks, and many other local franchises relying on low wage service workers inspired many observers of the labor scene to what they see as “spontaneous” uprisings as the route to a new labor movement and the future of labor unions. But others have countered that this self-organizing did not come out of thin air. The “spontaneous” workers had consulted with radical union organizers, and grew up in a period influenced by Occupy, Moral Monday  and other challenges from below. Left writers, economists, and the left press had critiqued the growing inequality of U.S. life and insisted that the many millions of low waged service workers were necessary to the operation of society and deserve the “family” wages and benefits that make for economic security. Bill Resnick talks to Al Bradbury who not long ago worked as a researcher and organizer for SEIU Local 46 here in Portland and now is the editor of the monthly journal Labor Notes, that’s putting the movement back into the labor movement.

Workers for Reproductive Rights: Often missing from the current public debates about assaults on reproductive rights are the workers who put themselves more and more at risk to provide abortion services. Patricia Kullberg speaks with filmmaker and Mole Jan Haaken and reproductive rights activist Sierra Romesburg from Democratic Socialists of America about reproductive justice and Jan’s documentary: Our Bodies, Our Doctors. The film will be shown Saturday, September 10 at the Hollywood Theater as a benefit sponsored by DSA for the Lillith Clinic, the new independent abortion clinic in Portland. A panel discussion will follow with Jan, former Jane Judith Arcana and abortion provider Dr. Andrea Chiviarini. More information can be found at the Hollywood Theater website.

Honoring Mike Davis: Jan Haaken and Mike Snedeker pay tribute to Mike Davis, the Southern California based author, activist, urban theorist and historian who is in the late stages of terminal cancer. Davis is  the author of Planet of Slums, City of Quartz, In Praise of Barbarians, and more than a dozen other books. As a journalist and essayist, Davis has written for a number of left publications including The Nation, Jacobin, and New Left Review.  A professor emeritus at the University of California Riverside, Davis's education was punctuated by stints as a meat cutter, truck driver, and he briefly studied at Reed College in the mid-1960s before pursuing his academic career in earnest in the early 1970s.

Monogamy: Sue Miller’s 2020 novel, Monogamy, displays not only the crystalline writing we are used to from Miller, but an emotional depth that few writers every achieve. As usual, her topic is family life. Book Mole Larry Bowlden offers his take on this portrait of a marriage.

Update Required To play the media you will need to either update your browser to a recent version or update your Flash plugin.
Download audio file
Topic tags:
Activism, Movement for Racial Justice, Class, Fiction, Film, Health, Labor, Women