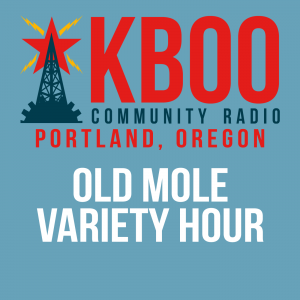 Patricia Kullberg hosts this episode of the Old Mole, which includes the following segments:

The National Security Tour: Laurie Mercier speaks with Miriam Pemberton about her new book, Six Stops on the National Security Tour: Rethinking Warfare Economies. Pemberton has studied the U.S. military economy and the means of shrinking it down to size for decades, first as Director of the National Commission for Economic Conversion and Disarmament and then as a Research Fellow at the Institute for Policy Studies. With William Hartung she edited “Lessons from Iraq: Avoiding the Next War” (Paradigm, 2008) and headed up the team that produced three successive versions of “Military vs. Climate Security: The Budgets Compared.”

Rise Up! Bill Resnick talks with Jeremy Brecher, labor activist, writer and historian, who has extensively studied popular upheavals through U.S history. In the 1930s and again in the ‘60s very few predicted the explosive uprisings from below, which profoundly changed this country. Today Bill and Jeremy discuss how climate change is hitting hard here and across the world and that our corporate friends, drunk with power and profit, will not come close to doing what's necessary to reduce greenhouse gas emissions. Over 70 percent of U.S. North Americans are now deeply concerned. Conditions are being created for another popular upheaval. That could well set the stage for the left to take control, as it did in the ‘30s and ‘60s, and implement the left’s democratic solution to stop climate cataclysm, as well as reject the emerging plan of the corporate set who insist on lavish state funding for questionable new technologies as the preferred climate solution.

Perspectives: Opening in July and extending through November 2022, a special exhibit at the Portland Art Museum presents a series of riveting photographs of the Black Lives Matter protests in 2020 through the eyes of BIPOC artists in Portland. In their Left & the Law segment, Jan Haaken and Mike Snedeker talk about this exhibit, discussing as well the importance of visual storytelling and representations of mass social justice movements.

Update Required To play the media you will need to either update your browser to a recent version or update your Flash plugin.
Download audio file
Topic tags:
Activism, Corporations, Environment/Climate, Government/Politics, History, Military/Veterans, War/Peace