Hello. This is Jane. by Judith Arcana 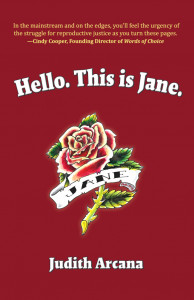 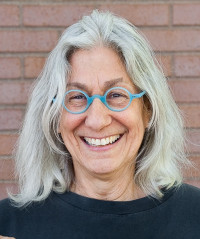 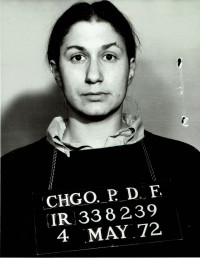 Judith writes poems, stories, essays, and books. Her work includes a biography of Grace Paley – titled Grace Paley’s Life Stories – the poetry collections What if your mother, 4th Period English, The Parachute Jump Effect, and Here From Somewhere Else, which won the 2015 Turtle Island Quarterly Editor’s Choice Chapbook Award. Her story “Soon To Be A Major Motion Picture”, which is included in the new collection, won the first Minerva Rising Prose Prize and was published as a chapbook.

A longtime teacher of literature, writing, and women’s studies, Judith also volunteered as a Jane, a member of the Chicago underground service that helped more than eleven thousand women get safe illegal abortions, before the US Supreme Court ruled on Roe V Wade in January 1973. KBOO listeners might know Judith from her monthly poetry show Poetry and Everything, which aired from 2013 to January 2020.

Leni Zumas says of Hello. This is Jane: “I’m profoundly grateful to Judith Arcana for writing these vital, electrifying stories. With abortion rights in America being stripped away—state by state, clinic by clinic—we need to hear from those who’ve fought this battle before. Arcana is a Jane; her work in the pre-Roe abortion underground has provided the seeds for her fiction, stories rooted in essential history to spark action in our terrifying present.”