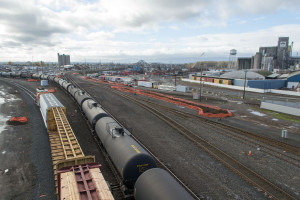 Now the final decision is in the hands of Washington’s Governor Inslee, once EFSEC makes its recommendation to him. The evaluation process has been underway for several years but the Governor is expected to reach a conclusion this summer.

The environmental advocacy group Columbia Riverkeeper, based in Hood River, Oregon, has played a major role in opposing this project since its inception. KBOO reporter Sam Bouman spoke with Columbia Riverkeeper’s Conservation Director Dan Serres this afternoon for more on where the project stands. KBOO reporter Tom Flynn also contributed to this story. EFSEC did not respond to a request for comment in time for broadcast.